What does women empowerment actually mean? To me it means the ability to control my life; to confidently make a decision for myself, and to have the ability to dream, aspire and achieve goals. To live a full life the way life is meant to be lived, for me that is empowerment.

Let me share my personal story. When I was born, my Nanaji, my mum’s father, made a disappointed face. My mum was deeply hurt. She didn’t speak to him for weeks, and when I got to know about this years later, I was deeply hurt too. It made me wonder that why my birth did not give joy to my grandfather?

I found a common thinking behind this, which is so common in everybody that beta is a symbol of security and bread winner- “Hamare budhape ka sahara banega, Budhape ka lathi, Hamara vansh chalyega.” Whereas, the moment a girl is born, a sense of responsibility comes. Her safety/security becomes the prime most important thing for a parent, and the best way to ensure that is to get her married. To me it appears as though the responsibility is shunned from one hand to other.

Let us take a journey into a woman’s life from the time she is conceived in a mother’s womb till the time she dies. First issue, female infanticide, almost 50% girls under the age of 18 are married off. India and Nepal both featured lowest in female literacy.

Domestic violence, crimes like assault, kidnap, rape, and acid attacks. When we hear so many stories on the news, it makes me wonder aren’t there laws? But of course we have laws, but implementing these laws are a problem because of the legal loopholes. There is a need to implement the laws so that there is a fear of the law. We need to hear more stories like if there is crime committed against woman, he is punished by the law. We need to see more examples like this.

Another rampant issue, income inequality. Imagine your equally talented, equally hardworking and equally sincere in your job as your male colleague, but just because your colleague is a male, he would get 25% more income. Is this fair?

As a Bollywood actress, I my story to share. There was a time when I was doing a lot of movies, and I was at the top of my game. I was shocked to know that the difference between my salary and the hero’s salary was huge. I thought I was important for the film, but when I saw this, I was hurt and disappointed. I asked the producer of this, told him that this makes me feel unwanted and small. Think about it, why don’t they make movies with only men, if female actors are not valued enough?

Finally, and the most important point is political participation. We have almost 50% of the \ voters as women, yet only 11% member of parliament are women. Imagine, if we have more women on decision-making chairs, on policy making and changing chairs; the kind of parliament we would have, and the kind of government we would have. We need more women in our boardrooms, in our courtrooms, in our schools and universities. The kind of society we would be making. The kind of nation we would be having.

I asked a question to myself: What can I write that would add value to you dear reader? Not long ago; some years back. When I was young, I saw double standards in our society, and in my work area. It angered me, and then I became a rebel. A rebel without a cause. I am not saying that’s the best way to be or that’s the best way to react. Many years later with a couple of wrong decisions, I now know better.

I am a little wise now, and in times of confusion, and in times of disappointment there is a better way to deal with, which is to stay inspired with the great ladies that this country had already produced. We had Rani Lakshmi Bai known as Jhansi ki rani. We had Ahilya Bai, and we had a Kalpana Chawla, we had a Mother Teresa. There are so many women, we need can be inspired by them. When it is in our culture, and in our history, for in our genes then why not take benefit from that. Let us remember them, and in times of confusion never forget who we are, we are Shakti, the wisdom to deal with life’s problems is all within us.

15 thoughts on “On Women Empowerment” 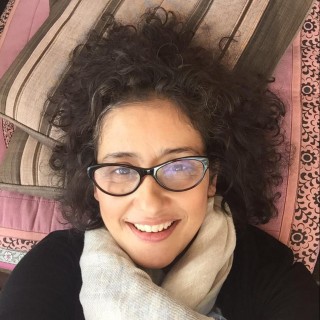